Diffie Hellman (DH) key exchange algorithm is a method for securely exchanging cryptographic keys over a public communications channel. Keys are not actually exchanged – they are jointly derived. It is named after their inventors Whitfield Diffie and Martin Hellman.

If Alice and Bob wish to communicate with each other, they first agree between them a large prime number p, and a generator (or base) g (where 0 < g < p).

Alice chooses a secret integer a (her private key) and then calculates g^a mod p (which is her public key). Bob chooses his private key b, and calculates his public key in the same way.

Ready to learn more about our innovative passwordless solution?

Register for the Monthly Demo 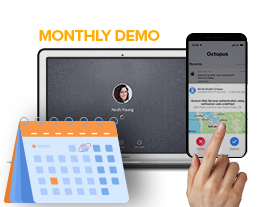